The Sandwich Police Department would like to thank you for visiting Sandwichpd.com.  Our site contains frequently used forms and information.  Our focus is to provide the best possible public safety services to those who live, work, visit and travel through our community.

The Sandwich Police Department has an active community policing presence 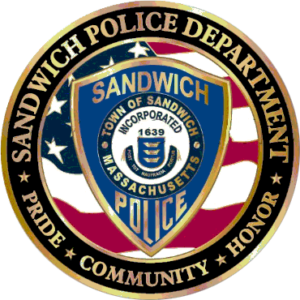 Welcome to the Sandwich Police Department

Safety Checks & Up to Date Information

Check crime rates throughout the Town of Sandwich.

Keep your kids and computer safe by following these tips.

Share on FacebookShare on TwitterShare on Linked InShare by Email

On March 21, 2020 the Sandwich Police arrested Andrew Pearsall, age 45, of Centerville on Possession of Class A Substance (heroin), Speeding, Failure to Stop for Police, Resisting Arrest, Assault and Battery on a Police Officer and Withholding Evidence.
Police made a traffic stop of Andrew Pearsall on Route 6 eastbound between exits 2 and 3 in Sandwich. Pearsall refused to stop for police at first. He was observed stuffing something into his mouth. His vehicle was eventually forced to stop and he was removed from the vehicle. He refused to comply with officers and began to struggle into the lanes of traffic. Pearsall refused to spit out what was in his mouth. During the struggle Pearsall bit one of the officers on the hand. Once under control, he admitted to swallowing heroin. A small amount of heroin was located in the vehicle. Pearsall was placed under arrest.
Subsequent to the motor vehicle stop, a search warrant was executed at Andrew Pearsall and Suzanne Losordo’s home in Centerville as well as Losordo’s place of work in Sandwich. Narcotics were discovered at both locations. Suzanne and her children were home at the time the warrant was executed. Suzanne Losordo was placed under arrest for Possession of Class A (heroin), Class B (Suboxone and Oxycodone), Class C (Xanax) Class E (Gabapentin) substances, and conspiracy to violate drug laws. The children were left in the care of family members.
Andrew Pearsall was also charged Possession of Class B (Suboxone and Oxycodone), Class C (Xanax) and Class E (Gabapentin) substances and conspiracy to violate drug laws. Both were transported to the Sandwich Police Department where they were booked. Both were released on bail. They are scheduled to be arraigned at Barnstable District Court. ... See MoreSee Less

Share on FacebookShare on TwitterShare on Linked InShare by Email

Find quick information, services and links to what’s going on in our community.

A message from Police Chief Peter N. Wack. I would like to welcome you to the Sandwich Police Department’s official website. We hope you find

Sandwich Police Department is proud of our Officers, Emergency Telecommunicators and the integrity of our services.  The nature of law

Request a Police Detail for your event or construction needs here. View detail requirements, rates and fill out the official request for your dates. 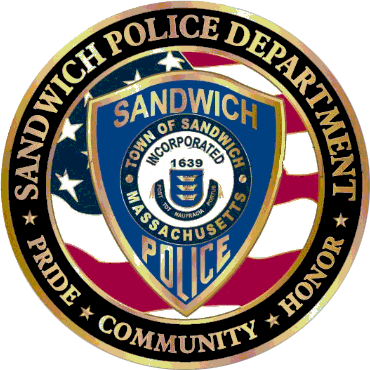